I am a painter of artificial naturalism. I begin by making collages of photographs. I collect photographs of people, scenes, textures, typeface and abstract images cut from magazines.  I work to create a shifting balance of the pictorial forces that produce the illusion and the counter-forces that shatter the illusion.

I have returned to some of the early modernist strategies of cubism and surrealism but not with the original purpose of creative destruction, rather with the idea of re-building and putting things back together.

The paintings are based on the collages. Painting the collage selectively intensifies the formal and emotional aspects of the collage that interest me.

The subject matter of my work is indirect autobiography.  I never set out to record an incident or mood and I do my best to suppress obvious references, yet so much appears unbidden and nearly unrecognizable.

I believe art should offer the luxury of delay – the slowing down of time, by trick or concentration.  An illusion of a still moment is set up against the ceaseless slipping of the barely experienced present into the forgotten past. 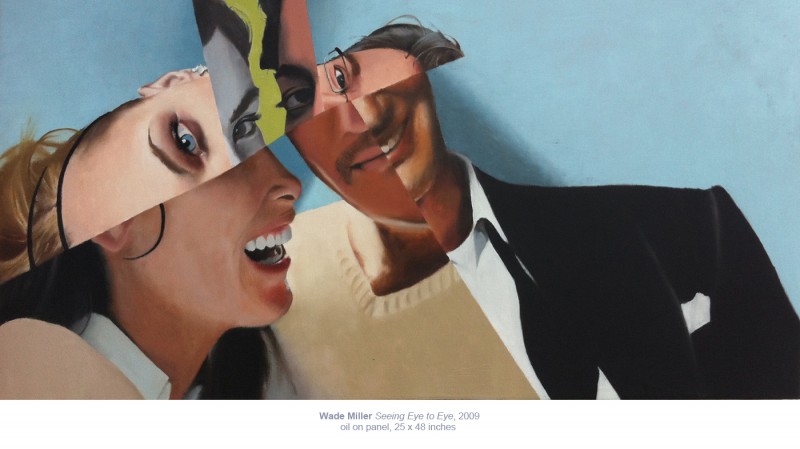