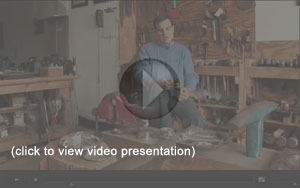 After becoming almost a lost art, the ancient metalsmithing techniques of Chasing and Repousse are currently experiencing their modern day Renaissance. Repousse is the process of raising intricate reliefs directly in metal such as gold, silver or copper.

We are honored to represent Master Silversmith Valentin Yotkov, one of the world’s foremost experts in Chasing and Repousse and the driving force behind the revival of this Art form in the United States.

Trained in the “Old world” apprenticeship system of Europe, at the age of 22 Valentin became the youngest member in the history of the National Silversmiths Guild of Bulgaria. Three years later he became the president of the guild.

Mr. Yotkov’s work has been exhibited nationally and around the world since 1980 and he is the recipient of numerous prestigious awards.

Today the Valentin Yotkov Studio is the only school in the United States specializing in chasing and repousse instruction. More than 1500 jewelers, jewelry designers and metal smiths have studied with Valentin. Among them are members of the Tiffany & Co.’s silverware department. 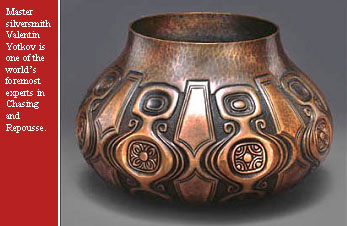 I have always admired the skills of the ancient masters. My native Bulgaria was the homeland of the legendary Thracian gold and silversmiths, who created their timeless masterpieces some 2500 years ago. Their exquisite works had a great influence on my personal style, and became an inspiration for life.

I am attracted to the richness of the ancient forms and designs. Ancient gold and silver pieces are so mysterious, distant and different – they appear to me like today’s new concept in metal.

Over the course of a decade I studied newly excavated gold and silver treasures, copied some of the vessels to find what tools and techniques were used by the Thracian masters. That was an exiting spiritual communication with a far-off epoch and my first introduction to chasing and repousse.

These magnificent techniques, almost lost through the ages, became my favorite form of expression in metal. Not only for the dramatic enhancement they bring to ones work – I believe that as we look into the future, relaying on modern technologies and inventions, we should not let our previous knowledge and experience be forgotten, or even lost.

Within each of my works lives the preservation of an old metalwork technique, representing the rich history and culture of my country. And like my ancestors, I hope that these skills and techniques will be preserved and passed on so they can be appreciated by the future generations, as well.

Valentin Yotkov is a renowned master silversmith whose spectacular work has been exhibited throughout the world.

Mr. Yotkov’s training began during the early 70’s, in his homeland of Bulgaria, where he first studied fine arts. During those early years Mr. Yotkov worked for Bulgaria’s most accomplished painters and silversmiths. Trained in the “old world” apprenticeship system of Europe, at the age of 22 he became the youngest member in the history of the National Silversmiths Guild of Bulgaria. Three years later he became the president of the guild.

Today he and his family reside in the United States where in 1994 he founded the Valentin Yotkov Studio, located in Brooklyn. The studio is recognized as the only school in the country specializing in Chasing and Repousse instruction. It attracts students and professional jewelers and metalsmiths from around the world.

Mr. Yotkov has developed a strong following among students, and expert silversmiths who receive training from him in ancient metalwork techniques such as, Raising, Chasing and Repousse. Among his students are members of the Tiffany & Co.’s silverware department. 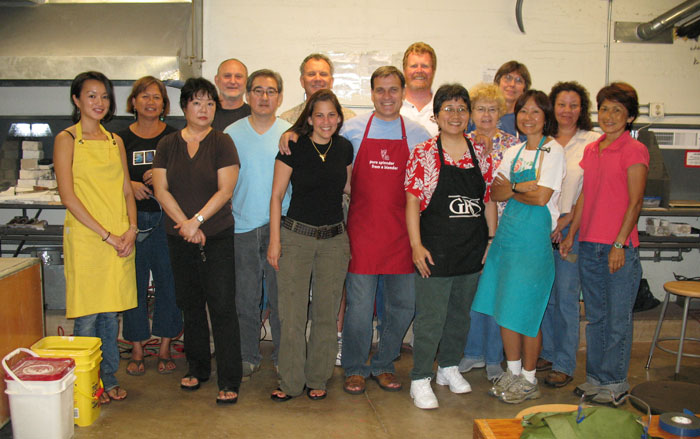 Master Yotkov and his students