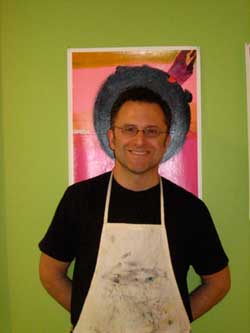 New York artist Rodney Durso got his post-college start as a graphic designer and film production assistant. He continued his design explorations with Milton Glazer, Paul Davis and Ed Bengait at the School of Visual Arts. Later he studied fine art and architecture at Parsons School of Design and Columbia University. Since 1990, Rodney has worked as a graphic designer, brand consultant and creative director in New York City where he founded Stormhouse Partners, an award-winning branding agency. For more than eight years he was responsible for the bulk of the creative output in a number of mediums including print, web, packaging and environmental design (www.stormhousepartners.com). 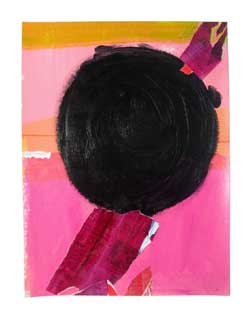 In 2005, while working as a design consultant and while teaching at Parsons, Rodney rented a studio in West Chelsea and began his transition into painting. His first show, Mega-something, was a reaction to the rigid confines of his commercial branding and design assignments. The first paintings were bold, large-format works india ink and acrylic.

“I began painting as a way of prying myself out my daily work routine — I needed something really new. I chose painting because technically it’s foreign to me. It’s also been interesting to work without the constraints of budgets and schedules which had always served as a kind of compass for my branding and design work”

Recently, Rodney founded art-bridge.org, which hopes to bring emerging artists exposure through public exhibition. He has also produced several solo shows and has participated in group shows throughout New York City where he lives with his girlfriend Donna. 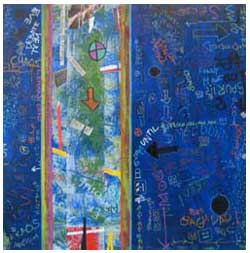 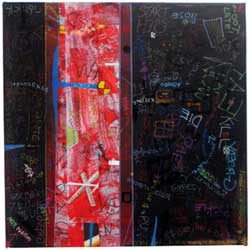 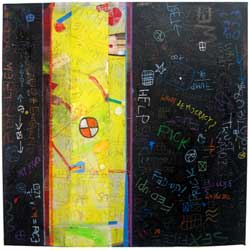