The band Estrada Branca was formed in 2009 by a group of musicians with a shared love of Jazz, American Popular Song, Afro-Cuban and World Music, Brazilian Music and, in particular, the music of Antonio Carlos Jobim.

Estrada Branca will be recording their 1st CD this November.  The CD will comprise a mixture of Jobim, MPB (Música Popular Brasileira), Jazz Standards and Pop Songs.

Estrada Branca has close ties to the Highland Park and New Brunswick music scene.  All of the band members live in Central New Jersey, three are Highland Park residents and several are graduates of Rutgers University or are involved in teaching and research at Rutgers.  Band members are also regulars at the Jazz Jam Session held every Sunday afternoon at PJ’s in Highland Park, while the Mike Lawton Jazz Genome Project plays every 1st and 3rd Thursdays at Nighthawks Books in Highland Park. 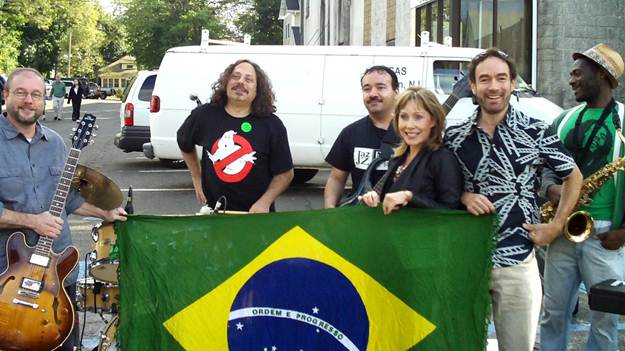