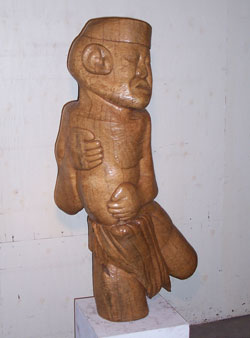 Mike Gyampo, born into a family of educators in 1950 at Aburi-Akwapim. He is the third generation artist in the Gyampo family. The artistic line descends from his grandfather, Ayete Gyampo, his uncle, Ayisi Gyampo, a founding member of the Akwapim Six and his step uncle, Professor Asihene, who was former Dean of College of Art, Kumasi.

Genetically predisposed to artistic endeavors, and associating with family friends, like Dr. Oku Ampofo and Vicent Kofi, inspired young Mike and provided direction, guidance and a critical view of his own artistic progression. 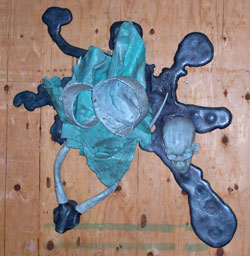 By the age of 16, Mike was pursuing entrepreneurial artistic ventures– producing graphic teaching aids for schools. He also created Bukaata fashion, which crept its way nationally through “Two Guys Boutique” and into custom production for Britain and Germany.

Upon arriving in the United States in 1983 to focus on the technical production of sculpture, he continued to pursue his love of art, music, fashion, and the culinary arts—all of which offered Mike immense spiritual satisfaction. 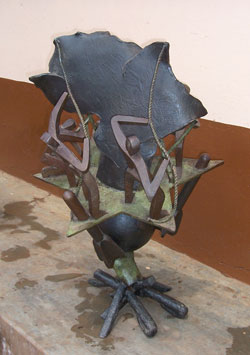 Mike is extremely versatile in context, form, and expression. He uses the human experience as central theme around which he communicates his ideas incorporating traditional philosophy in transition to our modern society. His moderate naturalistic, abstract expressionism and pure form, enable him to express himself in wood, metal, concrete, marble, and paint, and shows his extraordinary flexibility. His thoughtfully executed pieces communicate visually, exposing inherent conceptual realities of social economic, political, and religious values as well as attributes of environmental development. Mike Gyampo’s forceful forms command attention, yet communicate a deeply human sensibility and spirituality. The purity and simplicity of Gyampo’s concepts provide both flow and interaction which result in a unique, innovative iconography and vision. 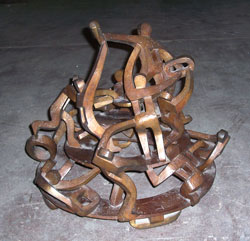 In Ghana, Mike Gyampo attended “Amanfo Presby Boarding School”, Aburi. Thereon to Presby Secondary School, Krobo Odumasi and Legon before attending College of Art UST, Kumasi, where he obtained BA in Sculpture in 1979. He also studied African Visual Arts at the Institute of African Studies, Legon. He accomplished his MA, [Part 1] before coming to the United States in 1983. 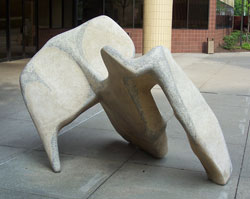 Mr. Gyampo worked at the office of National Association of Ghanaian artist, Art Center, Accra, 1979 – 1980. He also worked at G.B.C. TV as a set designer from 1980-1983. Mike completed his four year internship in 1987 at the Johnson Technical Institute of Sculpture, USA, and became a teaching and production staff member until 2004. He also taught sculpture for the NJ School of the Arts program. Currently, Mike is a freelance artist, consultant to sculpture and art foundries, where he offers his expertise in technical process of sculpture casting. Mike maintains a studio at the Grounds for Sculpture, which is rated among the top ten sculpture parks in the world.

He has received ten (10) awards in the United States. The most recent award is the Trenton Mayor’s Award of Excellence at the 28th Open-Juried Show, at Trenton City Museum, May 2, 2010. 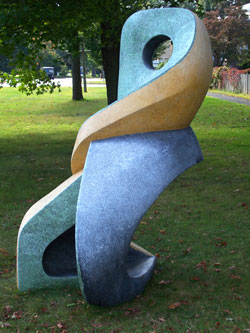 Mike is represented in both private and public collections the US and abroad, including:

Mr. Gyampo has given lectures and slide presentations at many institutions including the prestigious Metropolitan Museum of Art, NY

Mike is married with four sons.