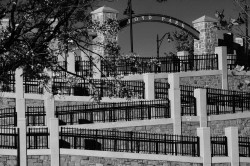 My vision as an artist is to create images that move, or better still, inspire the observer through the intentional use of composition, color and texture. Most importantly, I believe that images that inspire are ultimately the result of an ability to capture light in its different forms and intensities.

I have been inspired in my work to capture the dramatic and vivid qualities of light through my study of the nineteenth century group of American landscape painters known as the Hudson River School. Painters such as Thomas Cole, Asher Durand, John Kensett, Fredrick Church, Thomas Doughty and Jasper Cropsey all extolled the beauty and importance of natural settings in the human experience. These artists excelled in their abilities to illuminate a scene through their extraordinary use of color, saturation and contrast. In my work, I strive to portray images not as “snapshots” in time, but rather as creations that embody various emotional levels of place, time and mood as I experience them. Toward this end, I make full use of what has been called a “painterly effect” in my images. My choice of composition is always based upon the qualities of light present and their potential for matching the feeling I have in mind. An appropriate medium such as archival paper or canvas is then selected. 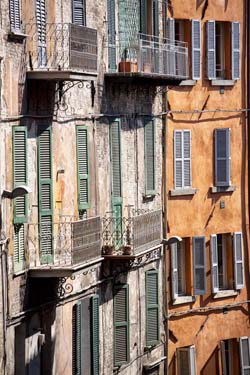 Many of my images reflect land or waterscapes that are accentuated through use of vivid color, saturation and contrast. At times, I find that I am drawn to compositions that include the presence of mist or fog, particularly on and around mountain lakes. I feel the quality of mist or fog to be fascinating, particularly in its ability to conceal or reveal elements in a scene through its mass, density, or opacity

The medium that allows for the best reflection of my artistic vision and style is Giclee fine art imaging, a technique originated in the late 19th century and highly refined today through the use of the latest technologies. The art of Giclee printmaking coupled with current technologies empowers me to demonstrate the greatest expression of rich and vibrant color in my work.

When I am satisfied with the result of test prints, I adjust the image to make a final print using specially prepared, archival, pigmented inks that are rated to last up to 80 years if kept out of direct sunlight. Images are mounted and matted using acid free, matting materials and adhesives. Framing solutions are selected that will most adequately compliment my vision for an individual piece of artwork. Limited Editions Giclee Prints are signed and are accompanied by a Certificate of Authenticity. Upon completion of an edition, the image is retired. 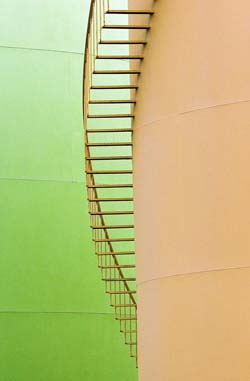 Mark E. Chernin began to deepen his understanding and appreciation of art and culture in the 1960’s while in college, as the social fabric of America was undergoing radical upheavals. It was a time of life-altering political activism and national debate that was reflected in images that impacted the daily lives of the American experience. Scenes that depicted both the worst and best aspects of human behavior inspired Mark’s photographic images, taken with his first Canon FTB. These were often seen as the vivid televised scenes of the civil rights struggle and the up-front-and-personal disturbing images of the American/Viet Nam war.

Mark’s creative interest in photography as a medium to reflect and inspire the human condition took on a different dimension after seeing and studying examples of original paintings done by masters of the Hudson River School. He was moved by these artists’ ability to capture on canvas luminous qualities of light, tonality and saturation. He was especially impressed with their ability to present their visions in an emotionally powerful way. Mark resonated with these artists’ capacity to uplift the observer’s personal experience, and it stimulated a serious effort to further develop his natural photographic talents.

Mark has studied privately with a number of prominent nature and landscape photographers including Nancy Ori, a former student of Ansel Adams and faculty member of Ansel Adams Workshops, Rick Daley of Sedona, Arizona and DF Connors of Princeton, New Jersey. Mark’s compositions are noted for their use of light and color and the way he introduces a ‘painterly’ effect into a scene to elicit a unique mood.

Mark’s work has been accepted at prestigious, national juried fine art photography exhibitions including the Phillips’ Mill Photographic Exhibition in New Hope, Pa. and the Hunterdon Museum of Art’s 49th Annual National Juried Print Exhibition. Mark’s landscapes have also been selected for solo exhibition at Johnson & Johnson’s World Headquarters Corporate Art Program – New Jersey Artist’s Series, the Nassau Club in Princeton, New Jersey, and at the Art Gallery at the Paper Mill Playhouse in Millburn, New Jersey. Most recently Mark won a First Place in his category at the First Annual National Arts Competition at the University of Medicine and Dentistry of New Jersey (2011). Mark now shoots with a 24 mp, Sony Nex7 mirrorless camera and enjoys not having to carry his 50-pound backpack full of gear.

Requests for information or assignments should be directed to mc@markcherninphotography.com

Present and Past Representation