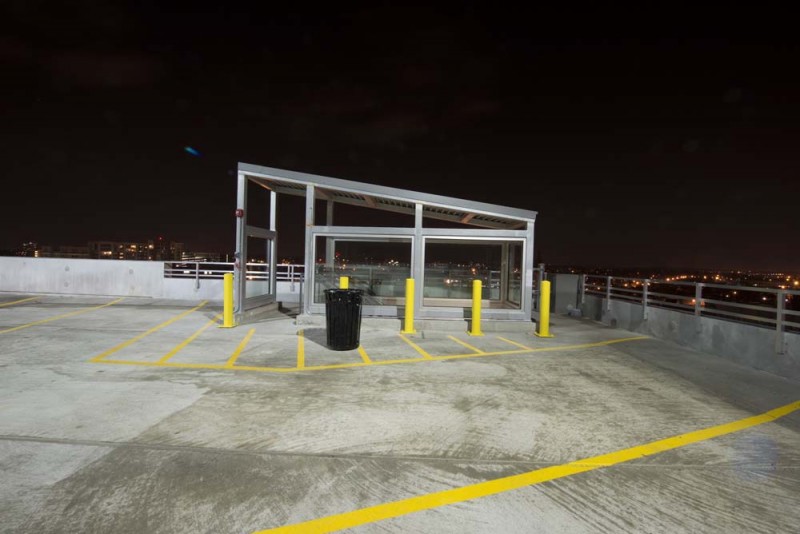 Urban Studies: A series of photographs by Aubrey J. Kauffman

I grew up in the industrialized northeastern part of the country where I still live and work.  This environment has had an impact on what I photograph.  For more than 20 years the themes of urban architecture and man’s impact on the environment has long challenged me artistically and intellectually. I witness this in urban structures as simple as building façades in a strip mall to the deserted athletic fields of parks and playgrounds.  The resulting work is an interaction of formal and organic elements.

Through my viewfinder I organize these banal yet complex images, first as flat two-dimensional objects and then as a multi-layered space of visual elements.  The intent of portraying the desolation and lack of human interaction is intentional, marking a direct consequence of this isolation.

College Students Display Their Work at Artworks, The Times of Trenton, April 20, 2012