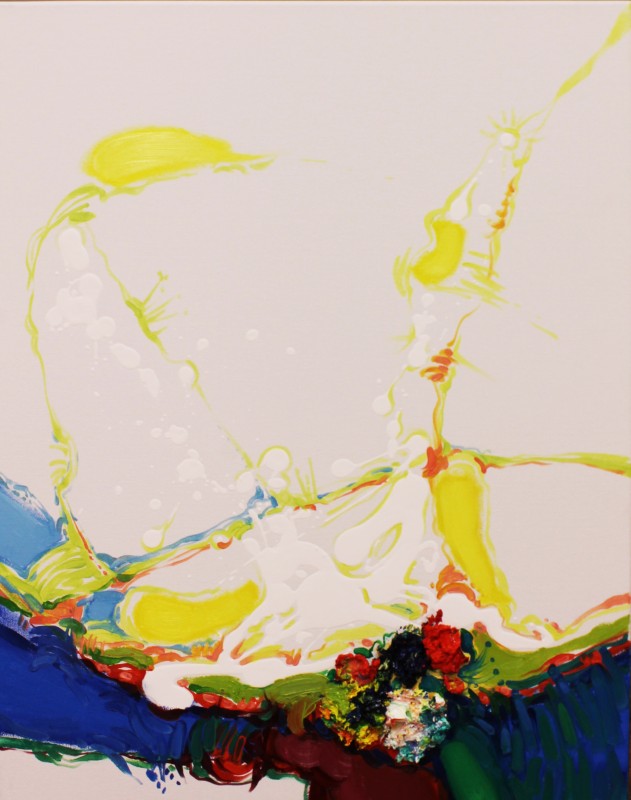 Winter enfolds the earth in a bleak white chill. It seems as though it will be never-ending, that this emptiness will last forever. Then, as if in an instant, the snow melts, the earth warms, and color and animation resurges life into new. Vesselin Kourtev’s latest work, exhibited in his solo show Spring, depicts just this. Vesselin keeps his own unique
style, but alters it slightly by placing his emphasis on contrast of white desolate plains and heavy pops of color.

Vesselin Kourtev’s current solo show is the most dynamic yet. His use of color actively renders vibrancy and an element of surprise. These works can also be compared to Lynda Benglis in her unusual use of blending of organic imagery. There is a balance about his work which is complementary and dualistic. The viewer can sense a feeling of mysticism and symbolism such as feeling the sense of aquatic motion.

The colors and forms rise and fall in a mix and mingle of billowy motion that brings life to sinuous shapes and forms. Alfa is proud to display the whimsical representation of Vesselin’s felt relationships and their dimensional interactions in his new pieces. There is a balance about his work which is complementary and dualistic. For example, when viewing Vesselin’s work, one first believes they are viewing an abstracted reality; slowly and surely the viewer begins to recognize shapes and forms, and becomes entranced by the experience. These new paintings reprise not only his penchant for color and a collage-like compositional form, but also digress to a new fascination with three-dimensionality that re-defines the use of texture and the creation of shapes. 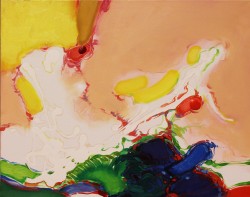 Vesselin’s subject matter is said to intrigue him the most. He likens the human and godlike relationships to an affinity to the symbiosis to fish and other creatures. There is a personal quality that engages the viewer into his work. Vesselin’s compositions are meticulously done in an attentive effort observed while in the process of creating his work.

His talents have allowed him to exhibit in Europe and USA and be internationally recognized with his unique style.

Vesselin is currently working as the Resident Artist and Gallery Director of the Alfa Art Gallery. He is a major supporter of the artistic community in New Brunswick and beyond.