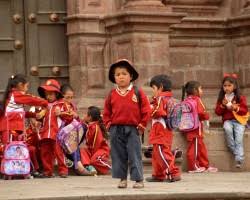 Ever since I was seven years old, I started looking at the world through a view finder, that’s when I received my first camera, a Kodak Hawkeye. Since that moment, I have loved photography. Primarily I am self- taught but I have taken some photography workshops and courses at both Middlesex and Mercer County colleges. For the Past 11 years, I have had the privilege of capturing the moments and memories for kids with Cancer during their week-long summer experience at Camp Quality New Jersey. A charitable organization that gives kids with Cancer a chance to have a happy week at summer camp and be a kid again

Over the years I have tried to capture the essence of the places I have visited. To keep the memories of what I saw for myself and others. This year is the 100th Anniversary of the National Parks Service. On August 25, 1916, President Woodrow Wilson signed the act creating NPS. My photos in this exhibit are located within the National Parks System.

The Grand Canyon cuts through, not around, a great plateau. The North Rim forms the edge of the Kaibab Plateau, with elevation ranging from 8,000-8,800 feet above sea level. The view here is from Bright Angel Point. Monument Valley, a red-sand desert region on the Arizona-Utah border, is known for the towering sandstone buttes of Monument Valley Navajo Tribal Park. The Navajo name for the Valley is Tse’ Bii” Ndzisgaii’-Valley of the Rocks. The iconic view of West Mitten, East Mitten and the Merrick Butte. Colorful Butte between Page and Kayenta Arizona. King on his Throne Butte. Zion National Park has massive sandstone cliffs of cream, pink, and red that soar into a blue sky. Hubbard Glacier is a glacier located in eastern Alaska and part of Yukon, Canada. Part of Hubbard Glacier has been advancing into Disenchantment Bay for more than 100 years. In addition to its movement, the glacier has been thickening as well. The Hubbard Glacier is North America’s largest tidewater glacier and is located within the Wrangell-St. Elias National Park & Preserve.

The American Oystercatcher (Haematopus palliatus) is listed as a species of special conservation concern. This species is considered to be in decline in New Jersey. New Jersey is also important for oystercatchers during the non-breeding season. As the northernmost state in the wintering range, some years it is host to nearly 1,000 oystercatchers, slightl
y less than 10% of the population. (Hecklersville,NJ)

The Herring Gull Larus argentatus is a large gull that can easily be confused with almost any of the other large gull species. The adult wears the typical gull-like plumage of slate-gray back and wings, a white body and head, and black wingtips spotted with white. The legs of the Herring Gull are pink, and the eyes are yellow. The beak is yellow with a red spot on the lower mandible. (Long Beach Island, NJ)

The Great Frigate bird Frigate minor the colonies that inhabit the Galapagos are thought to be genetically distinct, not having bred with mainland counterparts for several hundred thousand years. The male has a striking red gular sac which it inflates to attract a mate. The female is larger than the adult male and has a white throat and breast, and the male’s scapular feathers have a purple-green sheen.The Great Frigate bird is a lightly built large seabird up to 105 cm long with predominantly black plumage. (Galapagos Islands)

The Eastern Phoebe, Sayornis phoebe is a passerine bird, unlike most other fl
ycatchers, is relatively easy to identify. A medium-sized bird that constantly wags its tail, the phoebe also gives a vocal clue to its identity by softly uttering its name—fee-bee. Phoebes are a dark, drab gray-brown on the back, with faint wing bars and a light breast and belly, often washed with yellow. (Bombay Hook, DE)

The Barn Swallow, Hirundo rustica, is the most widespread species of swallow in the world. It is a distinctive passerine bird with glistening cobalt blue above and tawny below with a long, deeply forked tail and curved, pointed wings. Barn Swallows dart gracefully over fields, barnyards, and open water in search of flying insect prey (Hecklersville,NJ)

Juvenile Ring-billed Gull Larus delawarensis (brown-type). During their first two years, Ring-billed Gulls are a motley brown and gray with pink legs and a pink bill with a dark tip. As the bird matures, the legs turn yellow, and the bill becomes yellow with a black ring.(Long Beach Island, NJ)

RPS Exhibition 2015
My passion for capturing moments in time has grown to try and show Life around the World. We all experience Life’s journey differently. There are easy Roads and then there are the long winding Ones. Showing the Happy times as well as the Difficult times help me understand Life so much clearer. In my work I try to give a glimpse of these Roads of Life…hopefully for others to see what I have seen and maybe learn some of what I have learned…
My photos in this exhibit are of the People of Peru.
“Lunch Time” shows children standing on the school steps eating, there isn’t any playground…they just gather.
“Gathering at the Rest Stop” a place children wait with their mothers for tourists to come and hopefully buy what Mama has made
“Proud Weaver Women” from Young to Old, the women work to sustain their families. There isn’t any welfare assistance in Peru. The people
develop skills to feed their families