Martin Blender’s previous practice as a successful architect in New Jersey undeniably impacted his work as an artist working with oil painting. He retired from architecture after 40 years of work, and then became the resident-architect at the University of Miami in Coral Gables, Florida. His latest works include large-scale oil paintings depicting the human form, in combination with abstract compositions with high contrasting light. According to his artist statement, Blender’s primary concern is with the beauty that is found behind line, form, contrast, and texture.
While Martin Blender received formal training as an architect, he is largely a self-taught artist/painter.  After his retirement, he began to return to his passion of painting.  While attending University of Miami, he realized in his drawing classes that his work too closely resembled architectural drawings.  Blender turned to depicting the human form to break his inclination for an architectural style.  His works revel in the simplicity and verocity of the physical human form, for which are meant to exude a certain “calmness, peace, and serenity.”  Blender currently shows in galleries throughout New Jersey and has even had the pleasure of being published in the book “Contemporary Painters” by Krakun and McFadden. 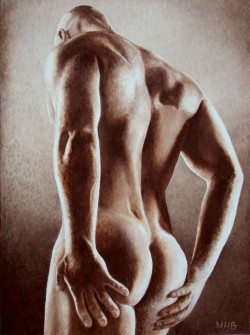 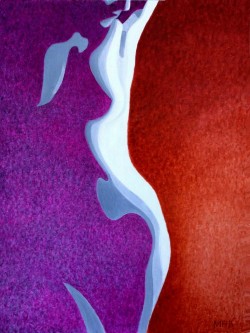