Allison Maletz is in artist currently residing in New York. She has both a BFA and MFA. She started her art career as a photographer, documenting her world travels.  She began to make large-scale paintings based on her earlier work in photography. Her work has been exhibited in both New York and Europe.

Maletz’s works explore various themes. Some of her paintings are based on photographs taken by herself or loaned to her. They feature family, friends, pets and explore the question of what it means to belong. Her current works explore the subject of predator and prey and springs from her interest in the man’s domestication of animals.

Maletz’s work employs the use of negative space to add to her narrative. Images floating on a completely white background simulates a memory. Memories don’t work like a video camera, recording every minute detail of the scene. Instead they capture certain details; a scene, a facial expression, or an emotion. In maletz’s work she captures this phenomenon by isolation particular subjects on a white background, much like a fain memory floating through one’s mind.

After working as a documentary photographer, I began making large-scale watercolor paintings from both my own photographs and images loaned to me. I painted family, friends, pets, and memories, examining moments that questioned what it means to “belong”. My watercolors are bold and sometimes humorous, each displays moments when the medium overtakes the storyline – bleeding and soiling the subjects, or clothing or ground, while demonstrating hyper-control and detail in other areas. I allow regions of the painting to remain as negative space – a void in the story, expressing pockets of emptiness and isolation. My current body of work, Game, is a series of watercolor paintings that examine interspecies relationships and celebrate hunter and prey / game and play. Life-sized paintings reveal creatures on display, mid-narrative, against a bleak backdrop. The origin of Game began with my interest in the domestication of wild animals and introduction of them into suburban and city homes. Are we tempting fate? Will a “domesticated” species revert back to their natural, wild tendencies? Or will they continue to comply with the haphazard boundaries we have constructed for them? I painted a life-sized diptych of two white horses seemingly growing out of each other, with a decorative unifying border of life-sized horse teeth. I am experimenting with multi-paper “composite” wall installations- in an attempt to exalt both the subject matter and medium. Watercolor has traditionally been used for its portability as a sketch medium. However, these paintings expand beyond the traditional borders, allowing the animals to roam freely, not confining them to one sheet of paper or frame. I paint them floating on white backgrounds, as if they could simply walk out of the frame, onto the wall, and out of the gallery, onto the street. The incorporation of decorative patterns into the paintings has also evolved with each body of work. Originally I used patterns in clothing. Eventually, I started designing ornamental repeats that directly relate to who my subjects are. They exist as a self referential portrait within the portrait, representing a cyclical effort to domesticate something that was once, and might again, be wild. 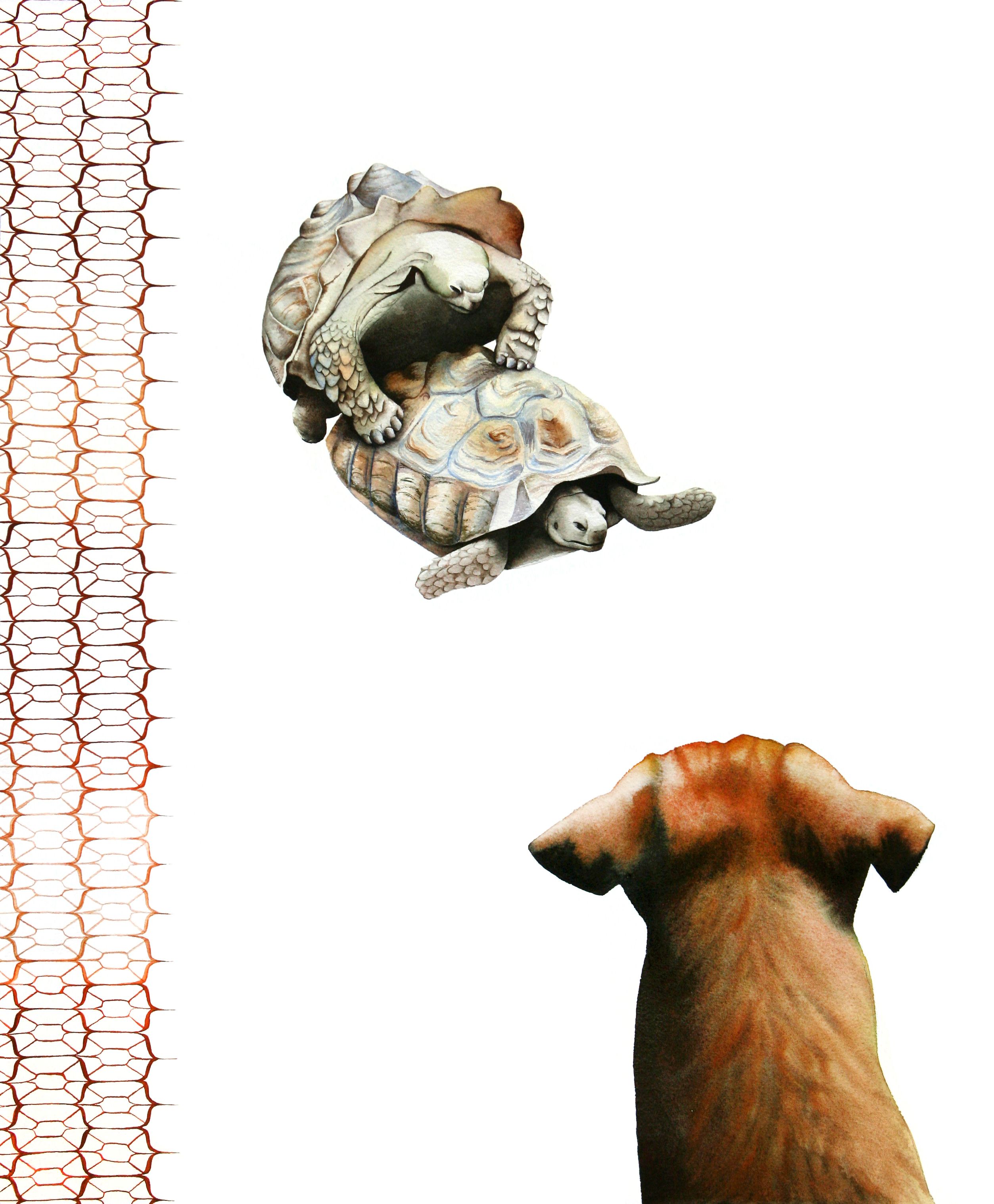 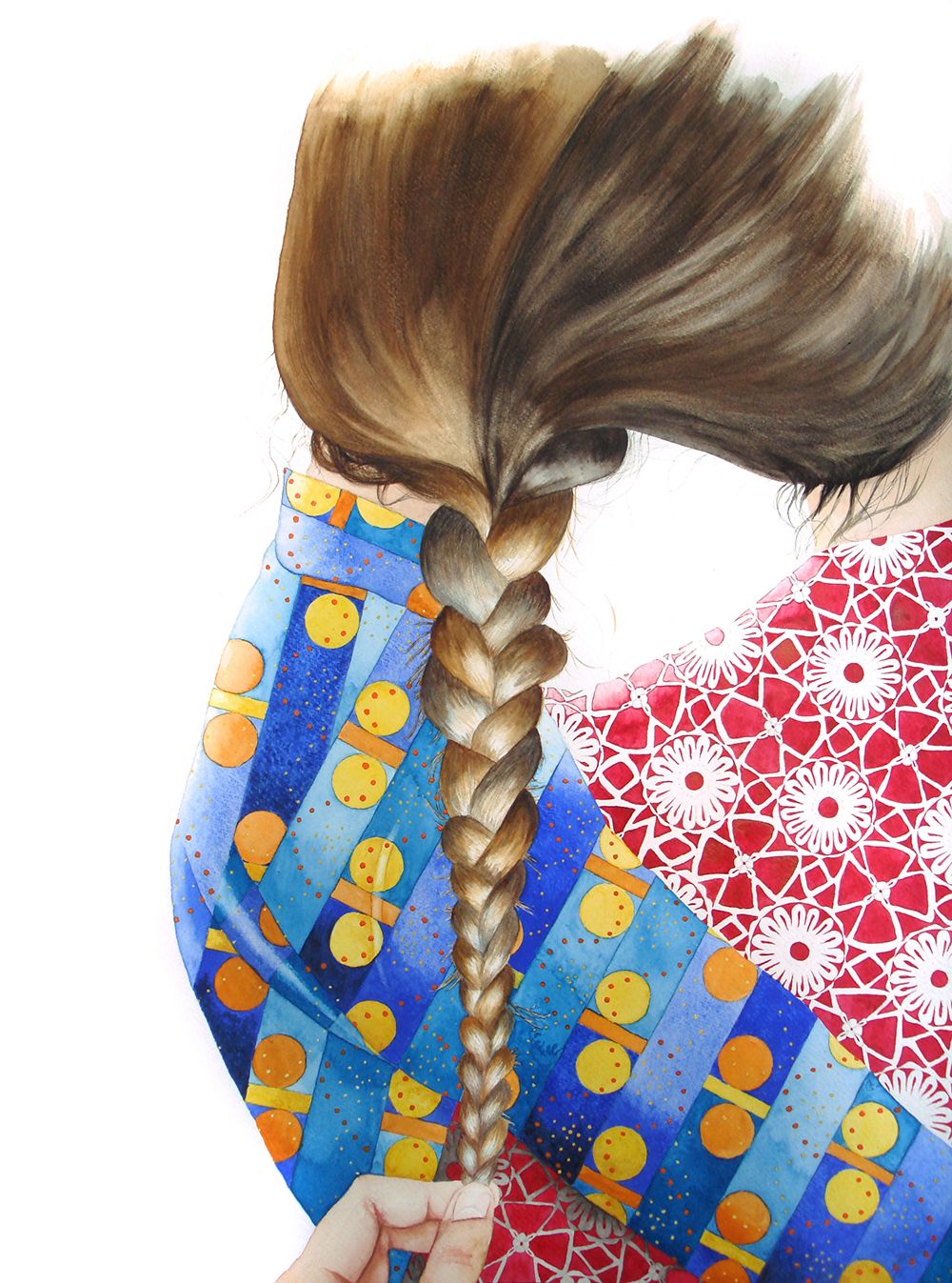 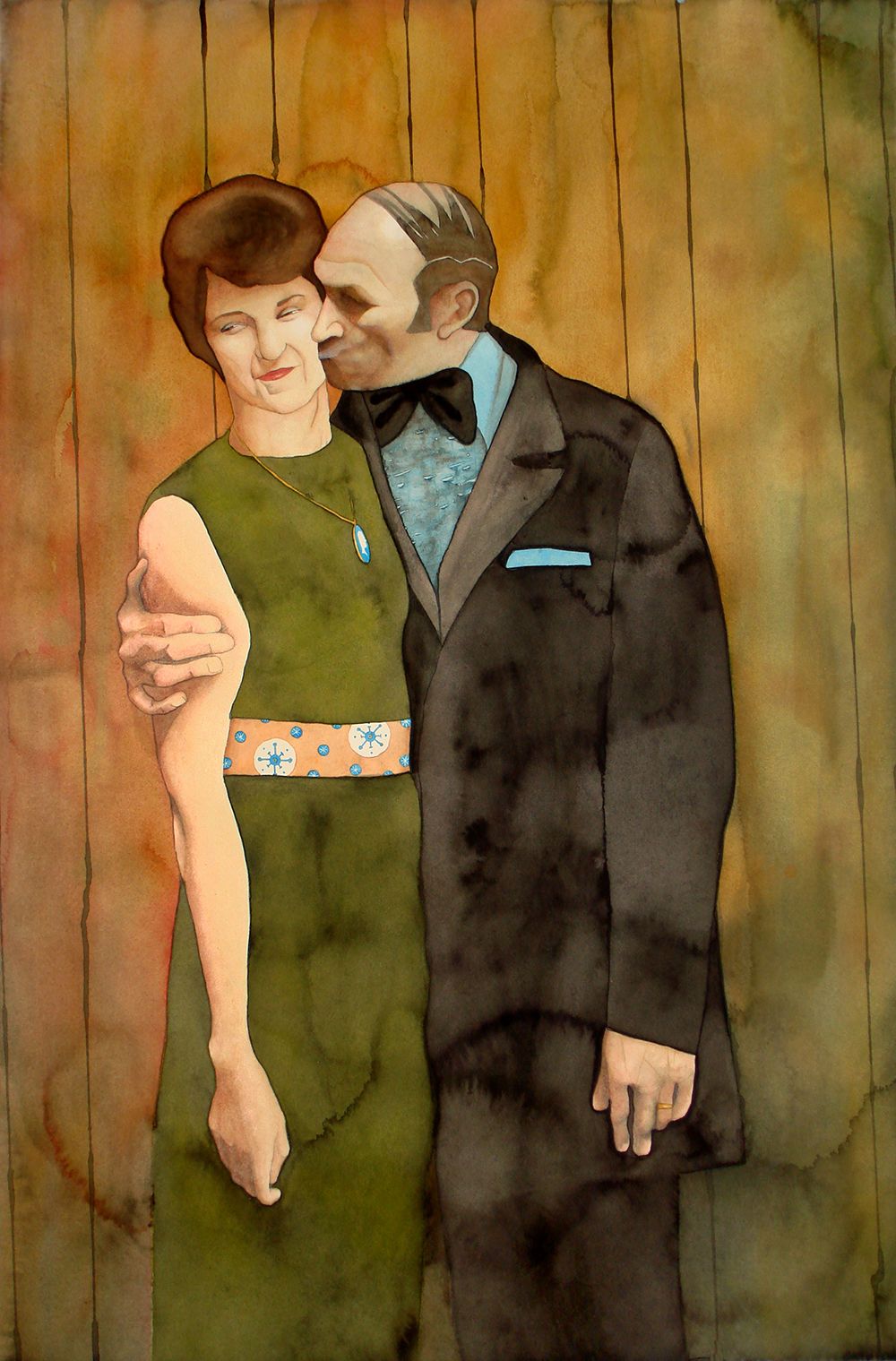 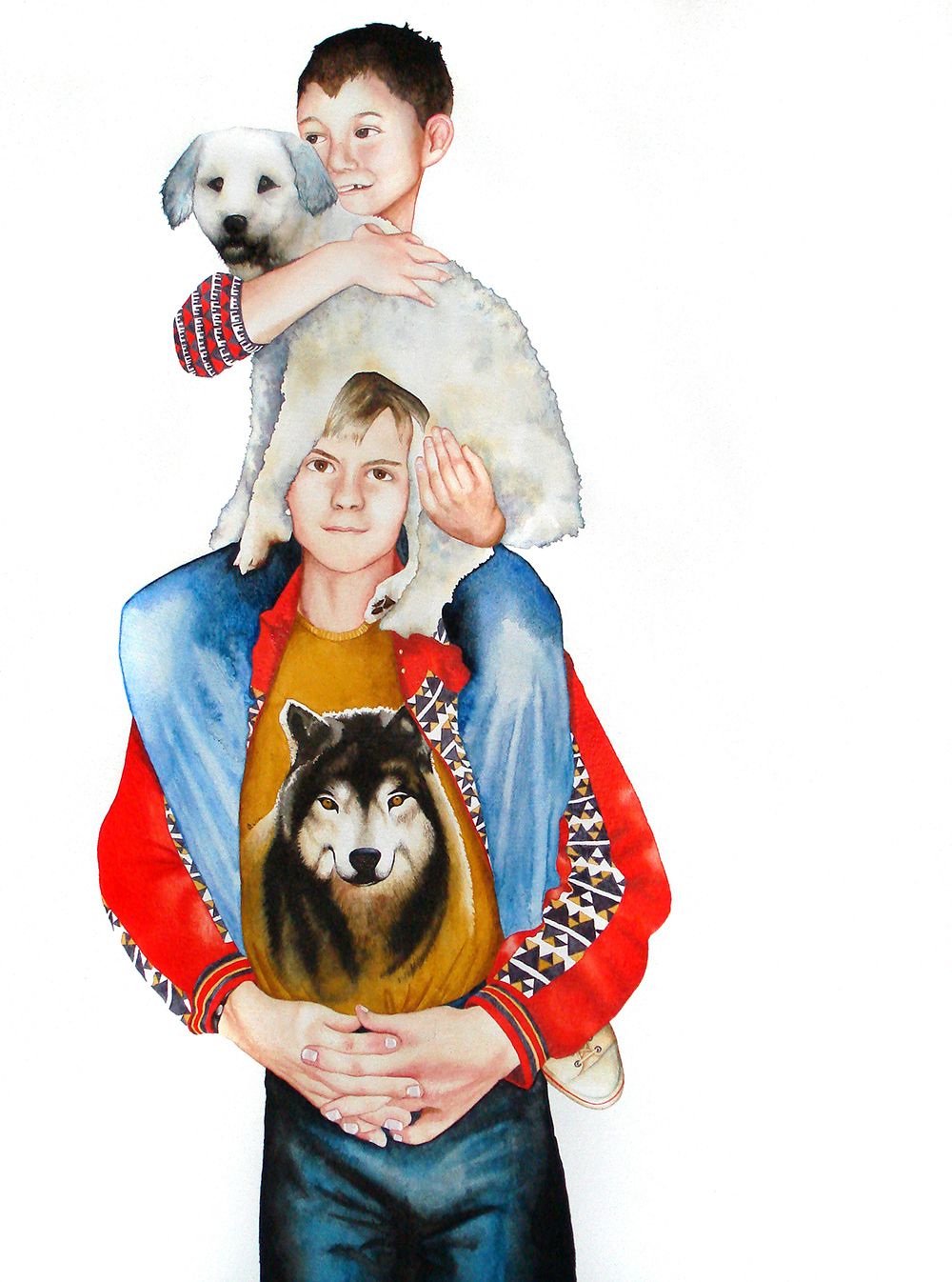