NEW BRUNSWICK, NJ—No country incarcerates a higher percentage of its population than the United States. In fact, more than 2.2 million people are currently locked up in the U.S.—a number that’s more than quadrupled since 1980. But sadly, the lives lived behind bars are all too often invisible to those on the outside. Prison Obscura, curated by Pete Brook, sheds light on such experiences and the prison-industrial complex as a whole by showcasing rarely seen surveillance, evidentiary, and prisoner-made photographs. 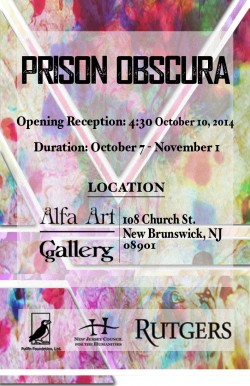 The exhibition was organized by the joint effort of Alfa Art Gallery and Rutgers University’s IRW (Institute for Research on Women). IRW is also hosting “Marking Time – Prison Arts & Activism Conference“, which is scheduled to take place October 8-10 in New Brunswick.

The exhibit, sponsored by IRW and on display at Alfa Art Gallery from October 7 through 10, encourages visitors to ask why tax-paying, prison-funding citizens rarely get the chance to see such images, and what roles such pictures play for those within the system.

Alyse Emdur’s collected letters and prison visiting room portraits from across the nation and Robert Gumpert’s recorded audio stories from within the San Francisco jail system provide an opportunity to see, read, and listen to subjects in the contexts of their incarceration. Juvenile and adult prisoners in different workshops led by Steve Davis, Mark Strandquist, and Kristen S. Wilkins perform for the camera, reflect on their past, describe their memories, and self-represent through photographs. Prison Obscura will also feature work made in partnership with the City of Philadelphia Mural Arts Program. Men from Graterford Prison who are affiliated with both its own Restorative Justice Program and Mural Arts’ Restorative Justice Group are collaborating to create a mural for the exhibition.

The exhibit moves between these intimate portrayals of life within the prison system to more expansive views of legal and spatial surveillance in works like Josh Begley’s manipulated Google Maps’ API code and Paul Rucker’s animated videos, which offer a “celestial” view of the growth of the prison system. Prison Obscura builds the case that Americans must come face to face with these images to grasp the proliferation of the U.S. prison system and to connect with those it confines.

Pete Brook is a Portland, Oregon-based freelance writer and curator interested in social justice and the politics of visual culture. He writes and edits Prison Photography (prisonphotography.org), a website that analyzes imagery produced within, and about, prisons, with a focus on the American prison industrial complex. Prison Photography has been recognized as one of the best photography blogs by LIFE.com, The British Journal of Photography, and The Daily Beast. Brook holds a masters degree in art history from the University of St Andrews and a master’s degree in art gallery and museum studies from the University of Manchester. He has curated shows for Seattle’s Vermillion Gallery, Holland’s Noorderlicht Gallery, New York’s Photoville, and Belgrade’s Kulturni Centar Belgrada. Brook writes regularly for Raw File, the WIRED photography blog, and is currently working on a book about the history of prison photography, which will be published in 2014 by Silas Finch.

The opening reception of Prison Obscura will begin at 4:30 p.m. with a presentation by Brook and will continue until 9:30 p.m. 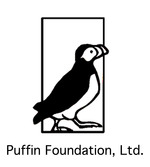