Vera Genovese’s photography is both experimental and thought-provoking—what truly sets her work apart is her uncommon photography production process. Her photography is produced directly from the camera and has minimal digital post-production editing and rendering. This allows the viewer to see a true snapshot, a pure rendering of the subject, at a paused moment in time. Vera’s work is intriguing in its ability to appeal to the emotions, expressions, and state-of-mind of the viewer. The photographs almost make one feel unsettled, as they seem to challenge the viewer to think deeper, to stare at the photographic reflection mirrored before them and confess the true realities that they keep inside. Describing her work as “a sort of Rorschach test,” Vera explains that her work reveals feelings and emotions that don’t seem to present themselves on the surface. Though her photography, she elicits dark, hidden feelings—paranoia, fear—that slowly bubble to the surface.

“My name is Vera Genovese, I’m 27 years old. I graduated in “plurilinguismo ed interculturalità nel mediterraneo” ( foreign languages: French/spanish) I make portraits using the photopainting technique. Currently, I attend the academy of fine arts of Naples, post-graduate program: “ photography as artistic language”. I have participated in various art exhibitions, written a poetry book, (“ Dell’arte d’astri” )that was sell out in “Feltrinelli” stores, and I am published in an anthology of tales called “nanoracconti” prized in the fair of books in the province of Naples. I have also drawn some cover Cd’s for bands.”

The proposed project is an experimental photographic project. The images are produced directly from the camera which means that the digital post-production is minimal (only b/n conversion, or little color correction). Each of these refer to a different experimental technique. They are pure matter, just a pure photographic recording, as it presents itself. The phenomenological reduction (of the subject) thus allows the emergence of the “photographic”, free from a real referent. A non-entity therefore always alive and pulsating. Given the non-figurative works, the image function is here that of the mirror, where you can find, recognize, yourself and recognize the others. Find the soul, and capture it through the photography. The photographic object is always an abstract flux even if it seems to be a portrait, or a tempest, it’s only pareidolia. The aesthetic qualities of photography are to be investigate in its power to lay bare the realities. Reflections and colors are clues to identify the substance of the photographed thing, micro and macroworlds hidden over our eyes. Light that turns into thought. Statue of liberty, some demons that are hidden in our brains. Paranoia. Fears that become tangible. A sort of Rorschach test. The off camera project has the same intent and it’s also an experimental project. The prints are produced directly on photographic paper thanks to a photochemistry. Through a research of materials, and chemicals.The smallest are printed on a expired ilford ilfobrom b111 baryta ’60 paper. Scannography combines miscellaneous media, mixing it to create an unique image that is a result of . Always without a post production intervent. 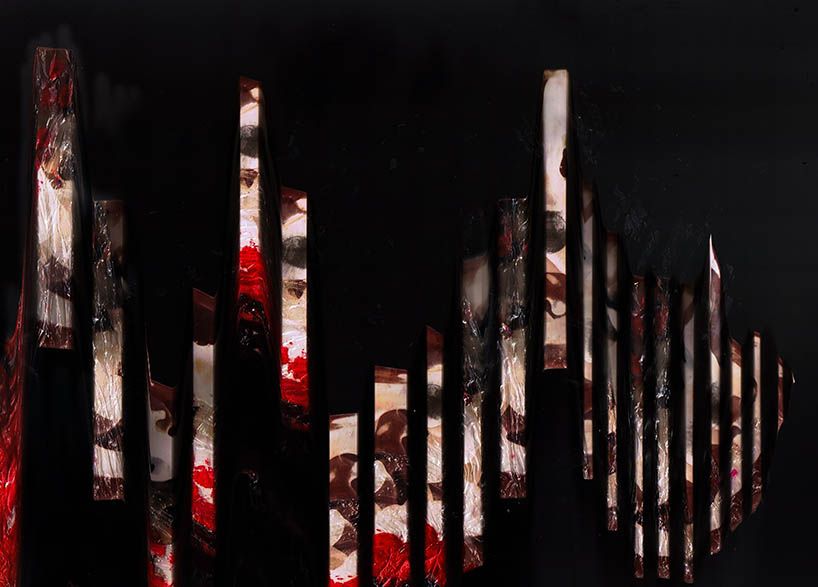 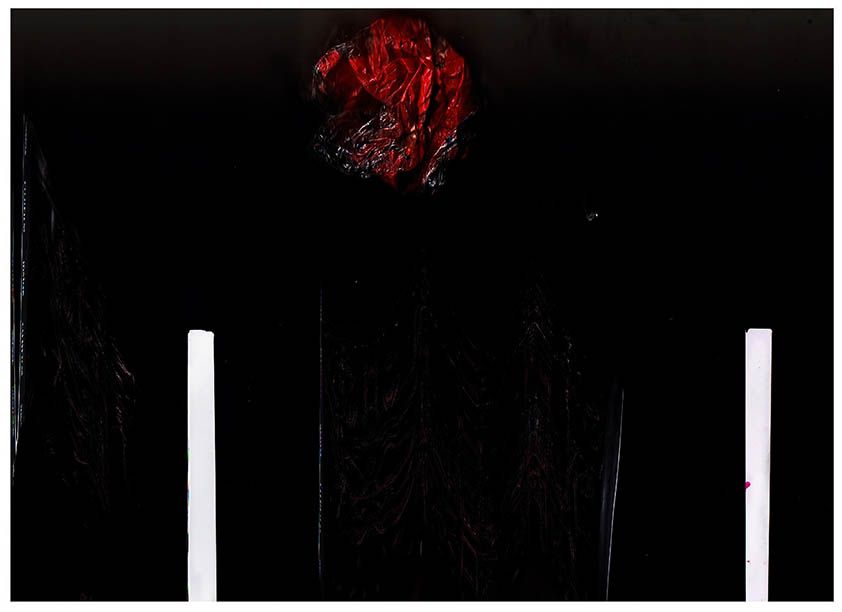 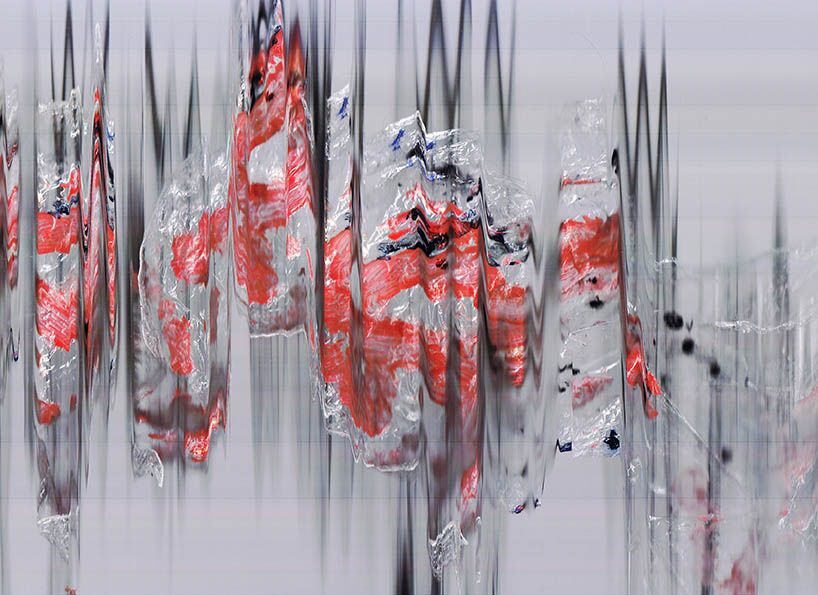