Strahil Stanchev was an officer in the Bulgarian Army when he was diagnosed with cancer. Cancer, the mutation and degradation of DNA, is infamous for destroying life. But when Strahil’s own genetic sequence was transformed by the disease, a latent ability awakened within him – the inspiration to recreate life through the carving of wood. Is it a coincidence that DNA is known as the tree of life? Stanchev was only given three months to live, but ever since his first wood carving – a flower, symbolic of life itself – his artistry bloomed, and his life has flourished. When Strahil later researched his own family tree, he learned that wood carving had always been firmly rooted in his DNA: a distant ancestor of the Second Bulgarian Kingdom from 12th century was a wood carver with such renown that he gained noble status. As nobility was often considered a mark of divinity, it fits that Stanchev believes his talents to be a gift from god, and he donates his creations to Bulgarian monasteries in order to pay homage to creation itself. Strahil creates rich scenes populated by natural, organic forms. In a modern age populated by digital media and abstract aesthetics, the traditional medium of wood carving and the natural subjects employed by Stanchev are evocative of an earlier age, forming a direct link from centuries of Bulgarian history to Strahil himself.

Strahil seeks the beauty around him. He tries to reach it, internalizes it, and presents it in his carvings. He carves mostly birds, grapes, suns, and flowers. Birds are a symbol of our pursuit of freedom. Grapes for him are a symbol of the forbidden fruit, fertility, and abundance. Flowers are a symbol of beauty. The Sun is a symbol of light and warmth. Strahil strives to carve in positive energy in his works. He shapes the wood to convey the spiritual energy that gave him a second chance in life. He started with and continues to carve icons that he donates to monasteries all around Bulgaria. So far he has donated more than 300 icons. 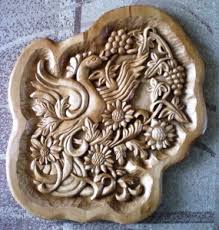 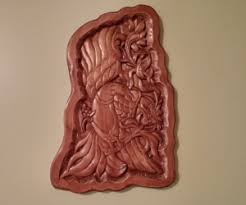 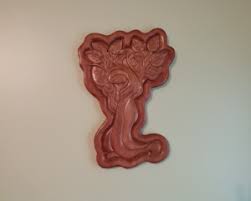 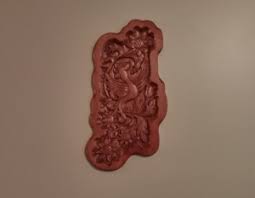