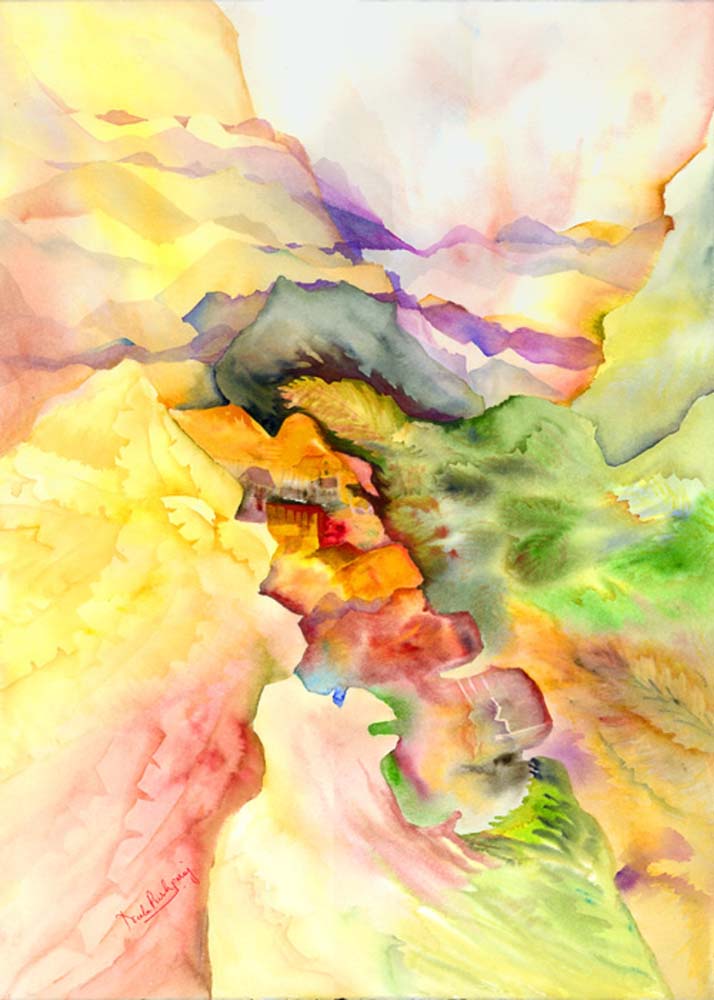 After retiring from her profession as a pathologist, Neela Pushparaj began taking watercolor lessons at the Summit Adult Education program, where she began to learn about the rudiments of watercolor painting. After taking two semesters, Neela decided to take more formal lessons at du’ Cret, an art school in Plainfield, NJ. It was while attending this art school that she became addicted to watercolor. Neela creates her works by adding colors to wet or damp paper and allowing shapes to emerge from them by picking them out with negative painting. She uses bright, vibrant color, especially in her floral work, which are used to give off an abstract feeling. As a result winning a statewide competition, many of her prints hang at the St. Francis Hospital in Poughkeepsie, NY, and in the Radiology department of Atlantic City Medical Center. Neela also contributes her paintings to fundraising events for the Summit Rotary Club scholarship and St. Francis Hospital Foundation. She is a member of the NJCVA, GSWCS, and the Essex Watercolor club. For the past five years, Neela has been the art director of a show called WomanArt, which is run by the Summit College Club for women artists of the tri-state area. Recently Neela has been giving lessons at her home in Summit.

On-line at Art Exchange – Art-exchange.com is proud to announce the unveiling of the Second Quarter 2005 Exhibition. Click on the link below to view Neela’s water color – Ginger Blossoms 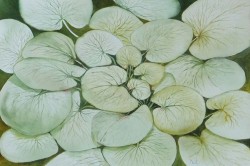 SURTEX, at Jacob Javits, May 15-17th 2005 featuring watercolors by Neela as well as Photographs by Mary Ann Glass – Booth 1411 (www.surtex.com)