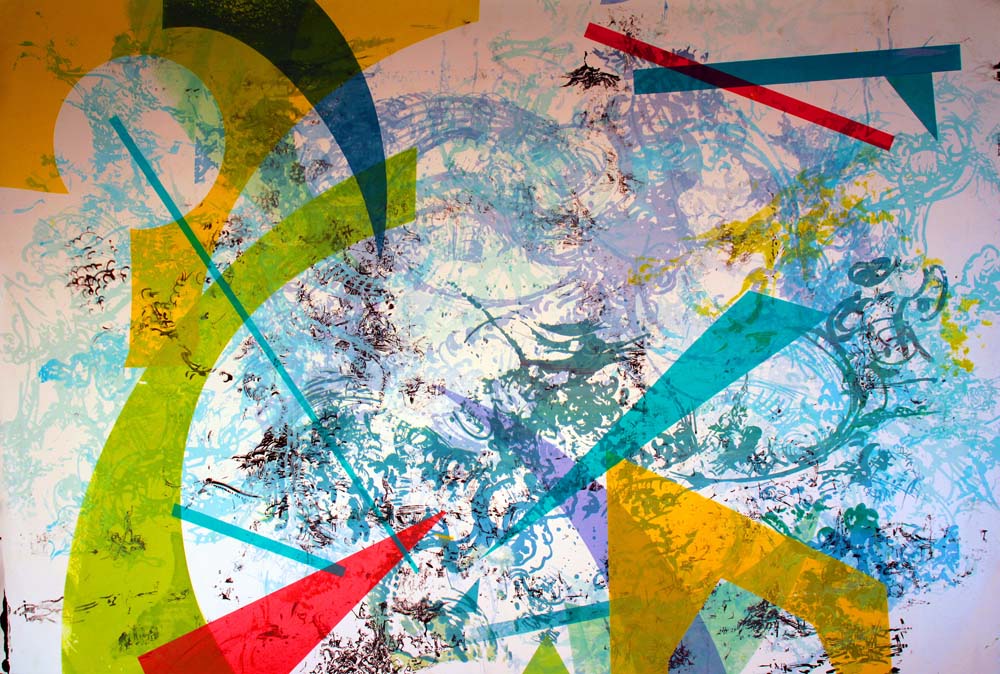 Chris Kapsaroff was born in 1989 in New Port, RI. He was in sixth grade during 9/11, and spent his Junior year of college listening to the Arab Spring as it unfolded across the Middle East. His early aesthetics were shaped by Jorge Luis Borges, fairy tales, James Ensor, and Al Hirschfeld. Later on, during his college years, he discovered Ray Kurzweil, Peter Bock, Julie Mehretu, and archetypal symbolism. Chris’ artistic goals are to unify the scientific/technical with the aesthetic. Chris’ current project is what he calls “Chaostrophies and Creations” in which he uses “Hard edged geometries and linear elements to symbolize dogma, order, and institutions, while using the tinier, more expressive marks to illustrate the underlying chaos beneath every well defined norm.

A larger theme to all my work is the integration of Natural and Man-Made systems.” In many of Chris’ works one can see a mix of abstraction and representational imagery, always accompanied by his consistently visual potency.