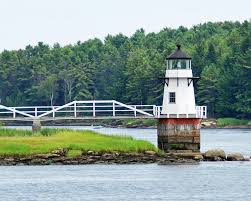 Bill Petscavage is a retired educator and widower who when he remarried twelve years ago discovered that his wife is an avid photographer. `As a result he
decided to attend photo club meetings with her and in a short time was taking photographs of his own.

The Raritan Photographic Society in which he became a member holds regular competitions and so he submitted his photo’s and began to win in the beginner category. He has moved through the advanced category into the salon group and has won the clubs Most Improved Award twice and also the Best of the Best photo of the year.

Bill was a science teacher and has a great love of nature and a special fondness for flowers. His wife loves birds and so they joined the Audubon Society. Together they travel whenever possible taking a multitude of pictures, some of which are displayed here today.

Washington DC Bill’s wife, Carol, is an avid life long photographer and so twelve years ago Bill began to accompany her to Photo Club meetings and competitions. After a year of observation he started to submit his photos in the beginner’s category. He has twice received the Photo Club’s DzMost Improved Photographerdz award and in 2010 his photo DzSplashdowndz was selected as the club’s DzBest of the Bestdz. He believes that photography is not just for capturing reality but an art form that allows the photographer to take reality and create something more. Digital technology and advanced computer programs have provided an almost unlimited array of tools with which to do this. His photos have appeared in several shows including Alpha and the present group of photos was selected because Washington, DC seems to be the center of interest in recent months. For information contact billpets@msn.com

Four years ago in the summer of 2012 my wife and I decided to visit Maine. One of our main objectives was to see and take pictures of as many Lighthouses as possible. Many of the lighthouses are only accessible from the water and so we took several boat trips in order to see them. Taking pictures of lighthouses was not as easy as it might seem. Between the rocking boat, the sea mists, the glare of the water and uncooperative weather we felt fortunate to get several decent photos. After I selected a representative group of shots I went on line to correctly identify them and discovered that we had not seen a fraction of the lighthouses which line Maine’s many bays, estuaries, islands and rivers. I guess my wife and I will be returning to Maine older, wiser and better prepared to photograph the abundance of lighthouses available in Maine.

My bucket list has always included a trip to the Galapagos Islands to experience first hand the wonders that inspired Charles Darwin to develop the theory of natural selection. I recently had the good fortune to take this trip and also to visit Peru and see Machu Picchu.

The photographs I have submitted for this exhibit are some of my favorite from this trip and while the animals and scenery in the Galapagos are awe inspiring the highlight of our trip turned out to be the view of the ruins of Machu Picchu from the highest point above. Overwhelming and spectacular hardly describe the feeling of standing at the guard house and looking down at these ruins.