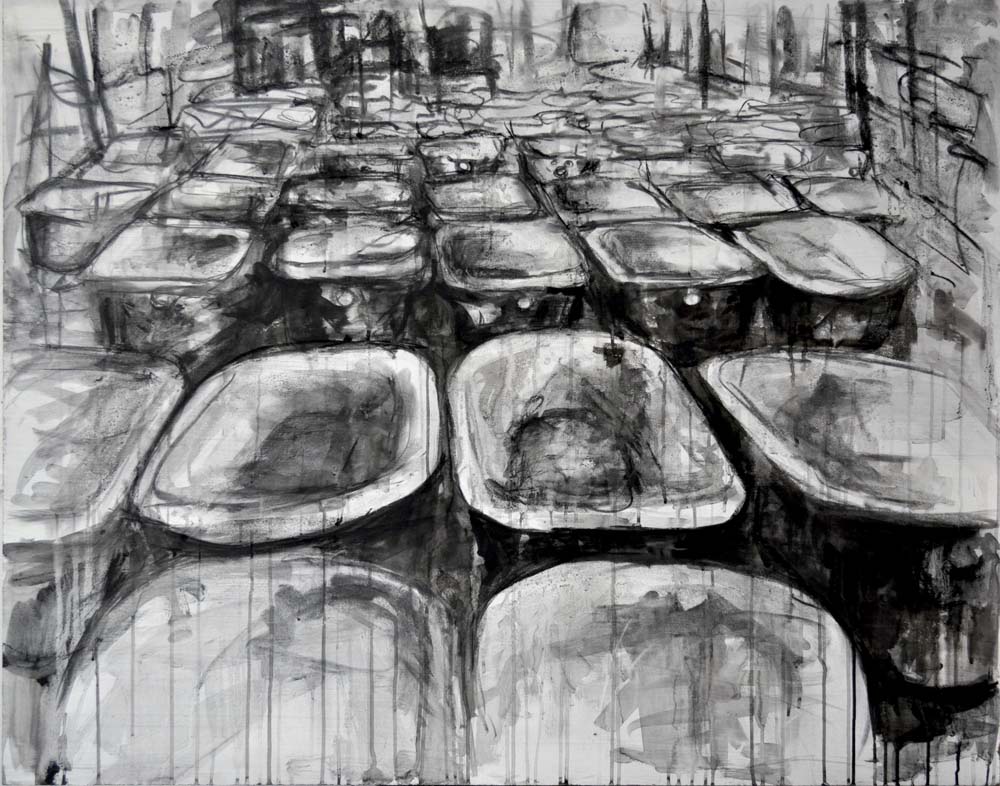 Andrea Abarca-Coutts was born in Iquique, Chile in 1987 and moved to New Jersey when she was three years old. Andrea gained acceptance to Tufts University and the School of the Museum of Fine Arts where she specialized in drawing and book
making. In 2010 she began attending the Rhode Island School of Design for art education. During her time at RISD she worked as a teaching artist at a Portfolio Preparation program run by RISD for urban high school students. In 2012 she started a Post Baccalaureate Certificate program at the University of Massachusetts, Dartmouth concentrating on Drawing. She was invited to join the MFA program shortly thereafter. Andrea views drawing as the most honest of art forms. This manifests itself in her work when she utilizes the sketchy, sinuous quality of drawing to create feelings of dirtiness and unrest that contrast with the cleansing atmosphere of the bath tub. A juxtaposition of the sensations of dirt and grime with those of the sterile, clean bathroom are often present in her work.

**took part in the curation of the show.

School of the Museum of Fine Arts, Merit Scholarship 2005-8

No Place for Hate; Jewish Federation of NB Holocaust

Portfolio Preparation and Foundations at