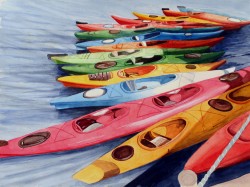 Allen Taylor loved drawing and painting from early on in his life, and returned to art in his retirement.  Allen resides in Verona, New Jersey.  His hometown is often the subject of his painting along with other locations including Cape Cod, Rockport, MA, the Canadian Maritimes and Italy.  He paints his surroundings and travels in the medium of watercolor.  His artistic interests also include photography and computer graphic brochure and computer design.  Allen is on the boards of both the New Jersey Watercolor Society and the Essex Water Color Club.

“I paint because I enjoy the activity and the result. I choose subjects that are interesting and challenging. My art is realistic and self-evident. If there is something in my work that stirs you emotionally or intellectually, success is attained.” 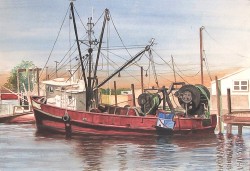